London Art Week is anchored by the summer old master auctions at Sotheby’s and Christie’s, a brief, glorious chance to see wonderful private masterpieces. Some of the pictures up for sale this week would hold their own in any museum. But I’m troubled by the marketing of Art Week, dominated by the giant Masterpiece Fair. It treats the fine arts as dowdy relatives of the luxury goods industry, selling culture as fashion. I didn’t enjoy Masterpiece; too much muzak for the eyes, too little art. The new theme is ‘crossover collecting’, which means selling a few striking old masters to collectors in other fields. The auction houses still produce impressive catalogues with substantial, serious essays. But it seems that there are fewer connoisseur-collectors and more rich people making statements. I think that’s unhealthy for the art market, and for our wider culture. But enough grumpiness; time for beauty. And how beautiful is this Johann Liss The Temptation of St Mary Magdalene(£4m-£6m at Sotheby’s). His pictures are rare because he died in his early 30s. Despite his short life Liss is an important figure in art history because he synthesised so many important developments in the early seventeenth century: Caravaggio, northern mannerism, Rubens and Jordaens, and Venetian high renaissance and baroque art. But that’s a lifeless way of describing Liss’s explosive genius; never mind the categories and the synthesis, his art stands high on its own merits. This is an extraordinary composition, bringing moral struggle to life. But it’s not a moralistic painting, rather a sumptuous tour de force of vibrant brushwork and brilliant colour. It’s rare for any picture of this quality to come up for sale. 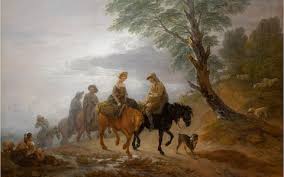 It’s one of an exceptional group of masterpieces at Sotheby’s. Top by value is a big landscape by Gainsborough Going to Market, Early Morning (£7m-£9m) controversially sold by Royal Holloway College in 1993. Gainsborough’s landscapes are under-rated, perceived as decorative and not taken as seriously as the specialists, Constable and Turner. I think they’re among the highpoints of British art, and this is a great one. Northern mannerism has happily become rather more fashionable in recent years, and the best works are now expensive. Joachim Wtewael’s Diana and Actaeon (£4m-£6m) is an especially beautiful example of his small cabinet pictures, painted on copper. And visitors to London’s National Gallery will be familiar with Ribera’s brilliant, charming Girl with a Tambourine (the sense of hearing) estimated at £5m-£7m. A high price, but how could you not love this?

The top end of the market is still a duopoly, both firms following similar strategies. Their sales fall in the same week, they both have expert staff, lavish catalogues, sophisticated client relationship management and marketing and similar buyer’s premiums. But Sotheby’s has a far better sale. Why? One possibility is greater willingness to guarantee prices to vendors. Sotheby’s has guaranteed eight lots in the evening sale, including the Gainsborough, Liss, Wtewael and Ribera, with a total low estimate of £26m. Christie’s has guaranteed one lot with a low estimate of £250k. As an interested observer it looks to me that Sotheby’s is winning, but they’re taking on a lot more risk. The guaranteed lots are sensibly estimated and commercially desirable, and some are backed by irrevocable bids, but Christie’s might have the smarter financial strategy. There’s also a risk that guarantees distort incentives. If an auction house is perceived as promoting its guaranteed lots more assiduously, other vendors will be less willing to consign without a guarantee. 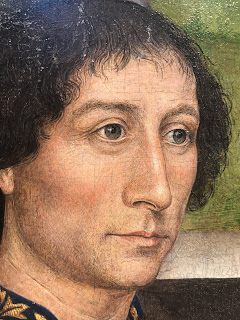 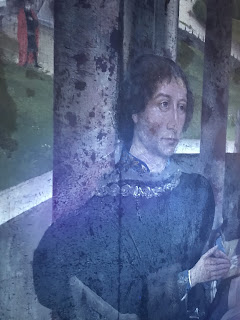 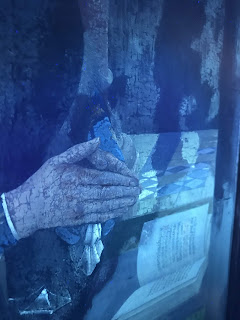 Christie’s still has some fine and interesting things, including a curious triptych wing by Hans Memling, with teeny-tiny estimate of £1.5m-£2.5m. The catalogue essay explains why. It was so heavily restored and repainted that the attribution itself was uncertain. It was restored over six years (!) at the Boston Museum of Fine Arts. There are large areas of loss and repaint and it’s unclear just how much of the face is original. It’s still a rare thing, and beautiful despite the restoration. My favourite picture in the Christie’s old master sale is Adriaen Isenbrant’s Portrait of a Lady, half length, with a dog (£70k-£100k), consigned by a Thyssen heir. But the best of the Christie’s old masters is in the Rothschild sale: an outstanding David TeniersDéjeuner au jambon (a snip at £800k-£1.2m). Peasant scenes aren’t to everyone’s taste (“disgusting”, says one contemptuous friend), but this one is great. The Rothschild sale is a sad illustration of changing taste. French furniture used to be fought over by oligarchs as the ultimate status symbol, but iconic masterpieces are now estimated at half what they made twenty years ago. A magnificent porcelain-mounted Carlin gueridon of the highest quality is now estimated at £400k-£600k. What’s wrong with billionaires today?

As ever the day sales have lots of good things at extraordinarily low estimates; good art has never been so affordable for the middle classes. I hesitated to tell you about my favourite, because I was sorely tempted to re-mortgage the house to bid on a set of pictures by the engraver Petrus Staverenus Personification of the five senses (£50k-£80k). But I’m sure they’ll go for more, and there will be other targets another day. I will envy their new owner.

The old master drawings market is bifurcated. Good drawings sell, but great drawings sell for extraordinary prices. In general there seems to be a strong correlation between price and quality; great drawings consistently sell well. Leon Black is well-known as a deep-pocketed collector, but auctions need at least two to drive up the price. There must be a handful of collectors, who seem to have either good taste or good advisors.

Christie’s old master drawings sale is huge, with lots of good mid-priced works and one masterpiece: a rare Montagna A woman standing on a grassyknoll, holding a fruit. High estimate of £1m-£1.5m reflects competition for rare, iconic drawings.

Sotheby’s has a newly-discovered Rosso Fiorentino, a design for an altarpiece of The Visitation. It’s a tiny masterpiece that doesn’t reproduce well, an early work that quotes lots of high renaissance tropes with a few mannerist twists. The sophisticated composition and dynamic interplay between figures brings to mind Poussin, a very different artist in many ways, but perhaps a kindred spirit in others. This rare and beautiful drawing deserves to do better than its £500k-£700k estimate. Top lot is a Canaletto(£1.5m-£2.5m), which shows just what a great artist he could be at his best. This one makes up for a lot of rather repetitive Venetian scenes that come to auction fairly regularly. I’d take this over most of his paintings.

Good luck if you’re bidding!
Posted by Michael Savage at 08:58 No comments: